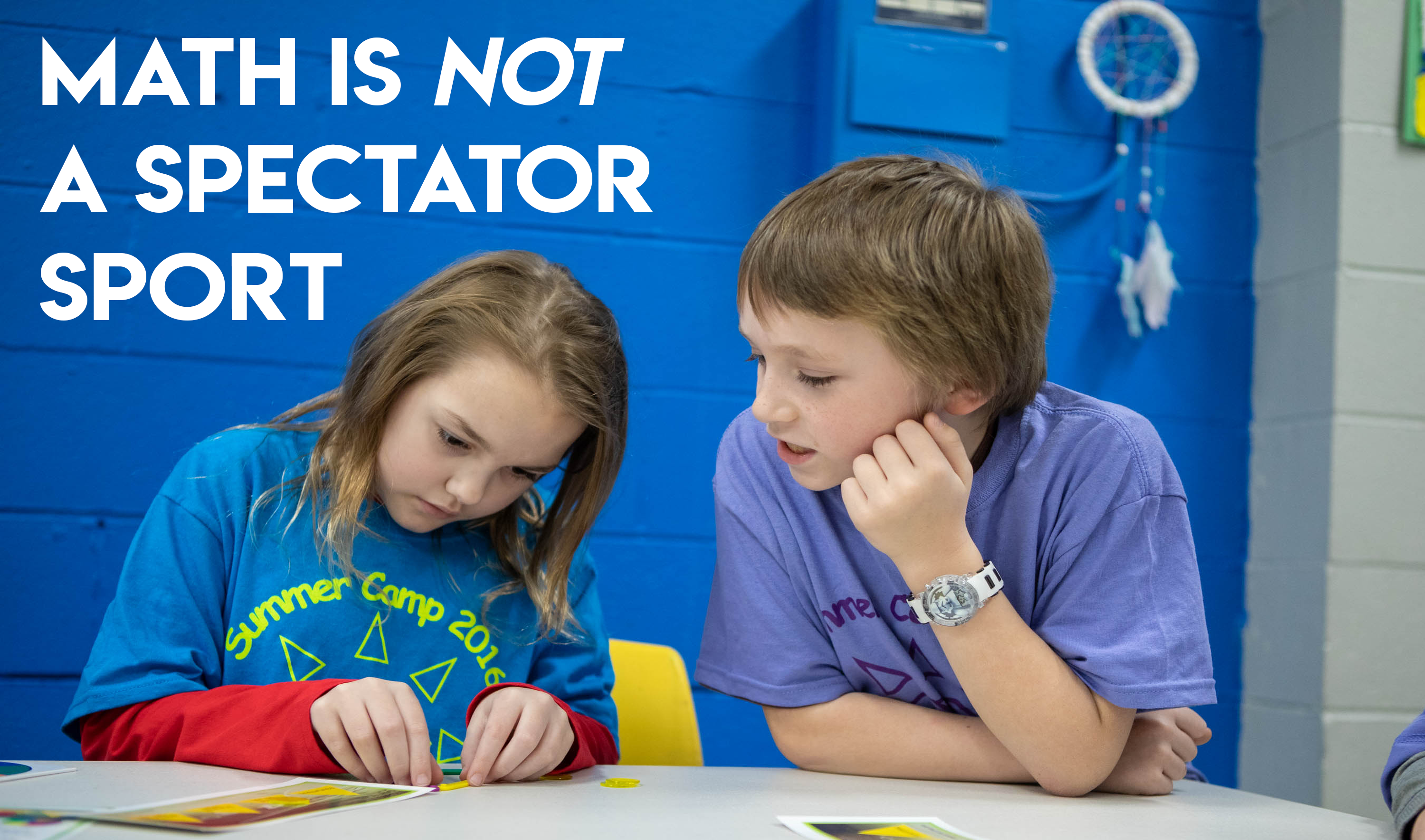 Can you remember a time in your life when you learned something new? Maybe you were one of the many of us that learned to knit, bake, or play chess during this pandemic.  Did you learn this skill just by watching the Great British Baking Show or the Queen’s Gambit or a YouTube video or did you set to work actually doing the task?

We cannot just watch someone bake or play chess or knit and say we are a baker, a chess player, a knitter.  We actually have to do the act.  Same goes with math.

Math is Not a Spectator Sport

Multiple studies throughout the years have shown that there are different types of learners visual, auditory, kinesthetic. This is about how they best take in information but how do they retain that information?

Think about this, how do you remember someone’s name? Do you have to see it, hear it, or write it? That is how you take in the name, but the best way to retain your memory of the name is by using it. Saying their name, applying that name in a sentence and making a connection with using it.

Same can be applied to math.

Hands-on activities encourage students to learn by doing. Students engage with the subject matter and get to make things work rather than just hearing or reading about how they work. The kinesthetic learners get to physically touch manipulatives and move them around, visual learners get to watch and see what happens when they move manipulates, auditory/verbal learners can have discussions with their group about how to go about getting to the final product and so forth.

Hands-on learning is especially effective when learning math. Often students (and even adults!) are afraid of the subject. Hands-on learning breaks down the barriers and can make something daunting seem fun and engaging. The Cordova School and many others have used hands-on learning in their math courses and it has left their students excited about math, which reflects in their test scores.

According to a study by the Proceedings of the National Academy of Sciences of the United States of America, students who were involved in lecture-based learning were 1.5 times more likely to fail a class than students who engaged in hands-on learning.

Not fully convinced? The proof is in the pudding when you look at our brains.

UChicago News reported a brain scan study done by their scholars that showed that “students who took on a hands-on approach learning had activation in sensory and motor-related parts of the brain.” The authors of the study go on to explain that “hands-on experiences may benefit students more than previously realized, particularly in the world of virtual laboratories and online learning.”

Hands-on learning is needed more than ever! MANGO Math is here to help. Check out our blog Not all Math Manipulative Kits are Created Equal.