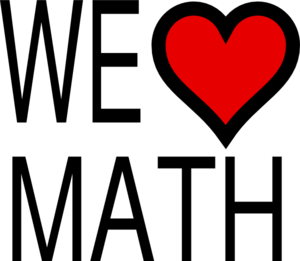 That’s not something a lot of 23-year-old communications majors will tell you. A lot of them will say they got into communications to use more words, less math. It’s such a common statement that when I went into the math department as a freshman to ask if there was a statistics program available for non-math and non-science majors, they looked at me like I was crazy for even asking if that existed. There was one class, not a program, and I had passed the requirement for it in high school.

The thing is, even as a communications major, I use math all the time and I have to know how to use it responsibly.

The easiest example of math in communications is advertising. First, you have to do market research to determine if people like your product and what kinds of people like it. Then you have to figure out where to advertise to reach those people. If you’re advertising a product for kids you’re not going to want it to be in the newspaper, but if you’re advertising for arthritis relief the best place to advertise probably isn’t Nickelodeon. You also have to know what times are the best times to advertise your product and how many times a person needs to see the ad before they either want to buy or will never buy and are officially ignored to death.

If that all seems straightforward enough, consider where the best place to advertise something like a couch. Do you advertise in the paper, online, or on television? How much should you invest to advertise on each medium? Who wants to buy a new couch and who wants to continue using the couch they already have until it has physically fallen apart?

https://i.ytimg.com/vi/n6FxIRbkBZg/maxresdefault.jpg>the Belcher’s should have gotten rid of that couch.

What about even more nuanced uses of math in communications?

Reporters use math all the time. Sometimes a story is naturally math heavy, like elections reporting or scientific reports, but good reporters know how to find patterns in reporting or activity to highlight even the most mundane of stories. Investigative journalists need to know how to look for patterns in their investigations. That’s all mathematics and problem solving. If you look at the Pulitzer Prize winners in investigative reporting (http://www.pulitzer.org/prize-winners-by-category/206), every one of those reporters found data that caused a trend and used that data to create an informative and compelling story.

Speaking of stories, movies use patterns in storytelling all the time as well. The reason you can predict the end of any rom-com is a reason to love math. If the ending of a movie seems simple and formulaic, that’s because it is.

Other artists use math as well. It’s important for having correct spatial awareness and proportion when drawing. Math is what makes alt-rock music sound so nice and country music sound terrible (or whatever your favorite and least-favorite genres of music are).

>https://mathwithbaddrawings.com/2014/01/22/39-ways-to-love-math/ has some pretty good drawings about why to love math

So ultimately, as a communications major, the reason I love math is because I love the stories math can tell. Some of the most fun stories come from going down a rabbit hole of mathematical equations, and no blog demonstrates this better than Randall Munroe’s “What If” (https://what-if.xkcd.com/archive/) where he answers questions that you may have (or may not know you have) with a lot of math and the calculations to back it up. If you’ve ever wondered “What if you stuck a toaster in a freezer?” or “What if there was a swimming pool on the moon?” this blog uses humor and math to give an answer.

I think more people should embrace math in their communications. Saying things like “math is hard” or “I don’t like math” leads to misunderstandings about the way our world works. I love math, and I think that we should communicate more about how much all of us love and use it.