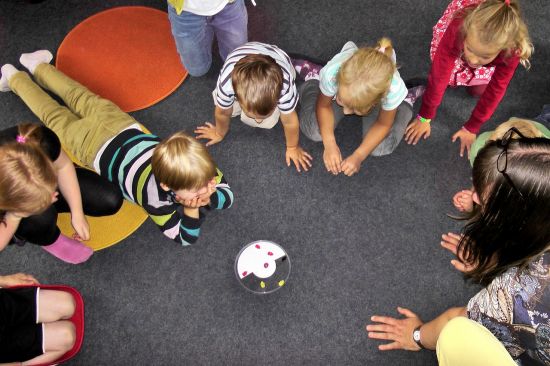 Mango Math is based in Seattle, WA, and we were excited to see a Seattle Times cover story last week about the surprising benefits of math learning in preschool classrooms! The story looks at South Shore PreK-8, a South Seattle school district where math learning begins early.

South Shore has successfully been able to help students as young as four and five understand one of the first building blocks of math learning: cardinality. “Cardinality” is the principle of how many numbers a set contains. When a child looks at a handful of M&Ms, for example, and they count up from 1 to last M&M in their “set”.  Understanding cardinality is how they know that the final number they say in their count represents the total number of M&Ms. To understand cardinality is to understand the relative value of numbers and how they can represent amounts, which is the first step to both counting and addition. Many children from low-income households struggle with learning cardinality because their parents are less likely to discuss differences of size or shape. As the article said, “Wealthier children tend to build [cardinality skills] more quickly because, on average, they talk more with their parents about the differences in quantity—noticing which tree in the park is tallest or measuring flour and sugar to make cupcakes.”

South Shore has managed to successfully integrate cardinality learning into their preschool curriculum through simple conceptual math games. One teacher asks her students to “make 7” by sliding a combination of beads onto two different pipe cleaners. Some kids have a row of three and a row of four, some have five and two, some have seven and zero—the teacher uses this to show students how  “many different ways there are of making 7.”

South Shore’s preschool education is paying off—95 percent of South Shore kindergartners arrive at elementary school with all the basic math skills they need to succeed. The Washington State average is only 53 percent. When you consider that two-thirds of South Shore’s students are from low-income families, the real worth of preschool math education emerges: it can be a valuable way of exposing children to cardinality concepts they might not experience enough at home, and this early learning can potentially help to bridge the income gap in math education and standardized test scores. The Seattle Times article also points to a 2007 study showing howmath skills in kindergarten predict both reading and math scores in 3rd grade—the impact of early math is both lasting and multi-disciplinary.

The Kindergarten Common Core emphasizes cardinality learning, and as South Shore has shown us, introducing those concepts in preschool will help prepare students for success later. Playful yet challenging games are the best way to engage and instruct students in pre-grade school. If you’re hoping to introduce or enforce principles of cardinality to either preschoolers or kindergarteners, try one of the MANGO math Kindergarten Crates, which build the foundations of counting and sequence through a series of fun games. It’s never too early to get kids counting!