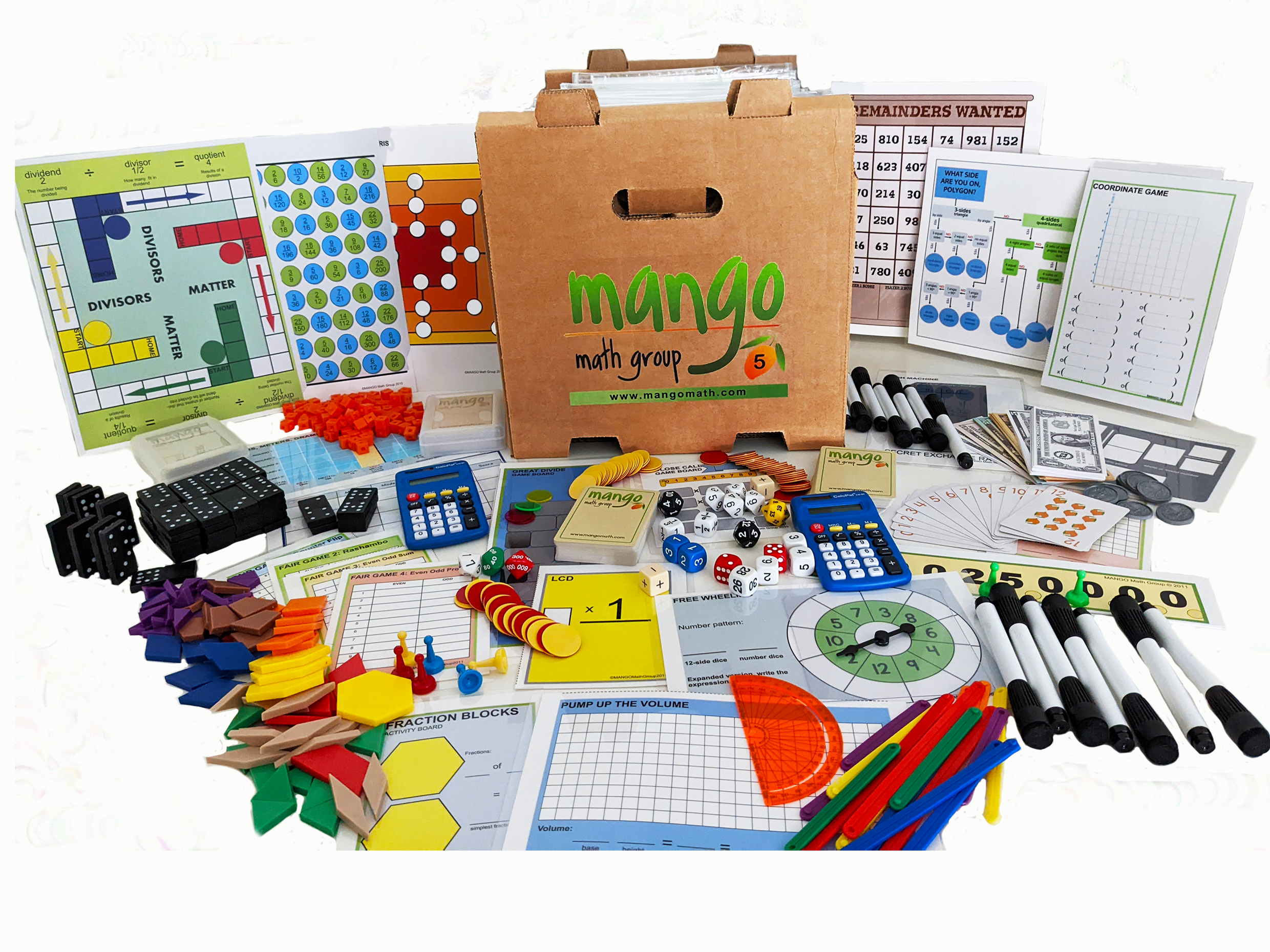 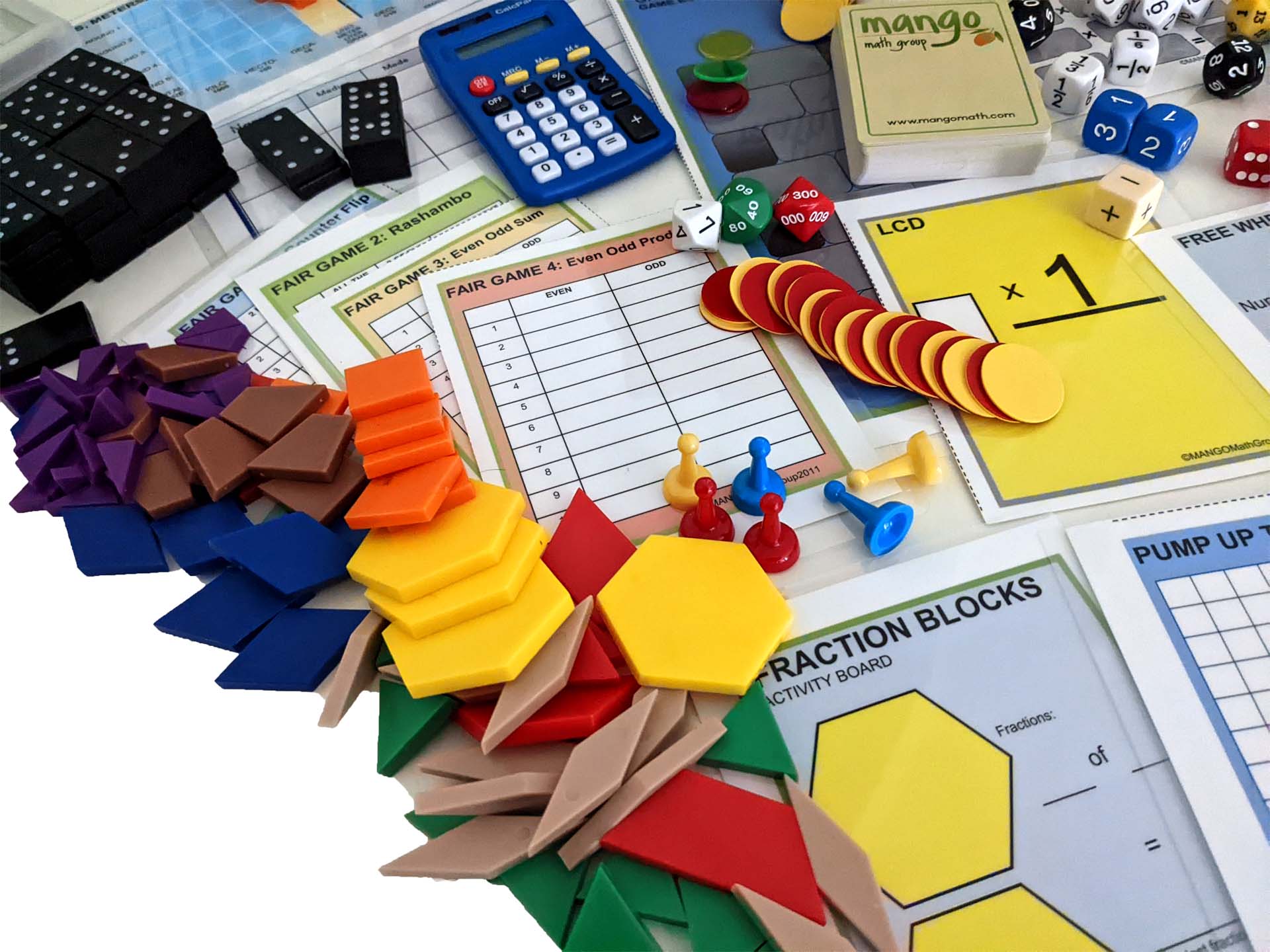 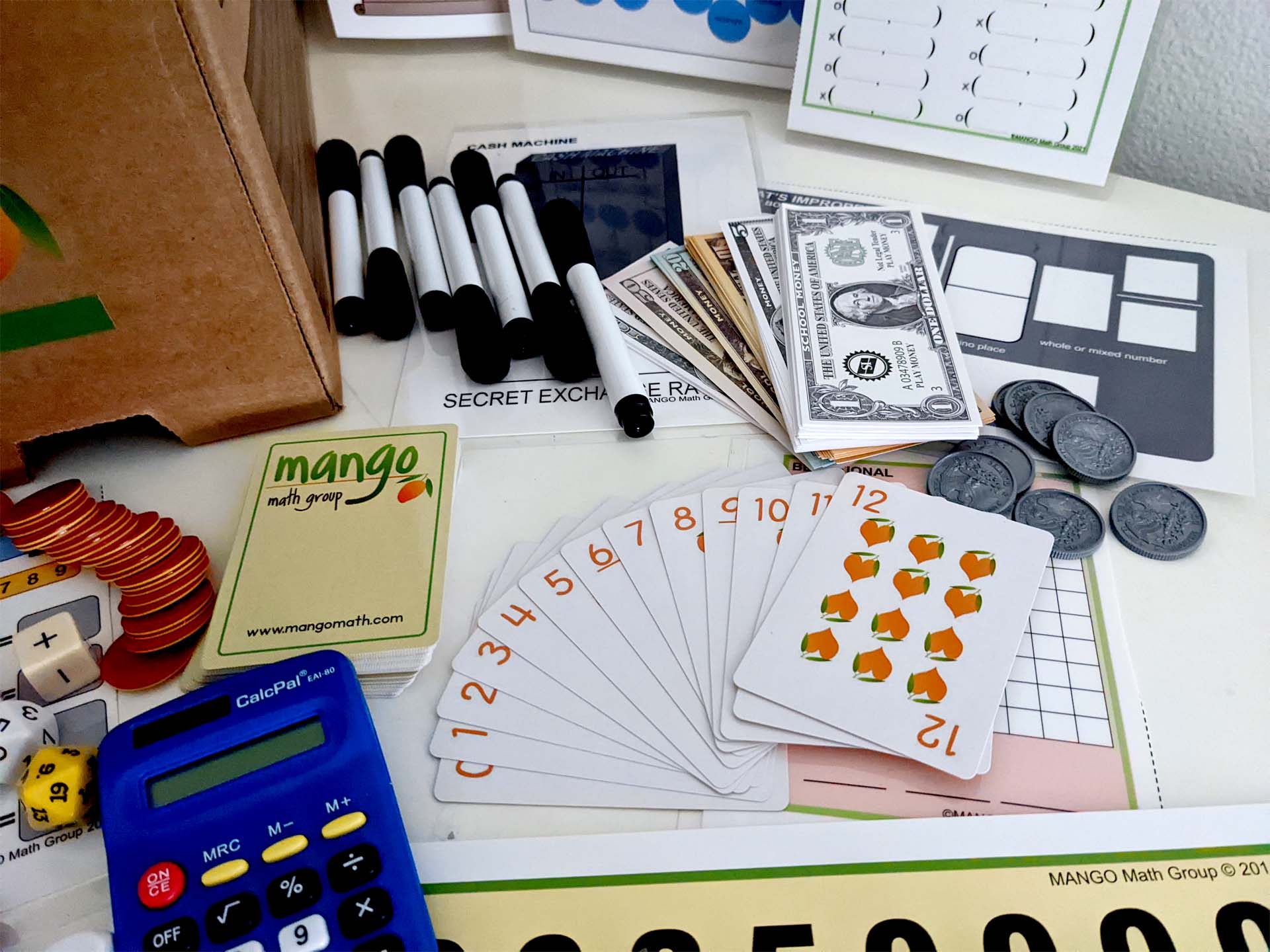 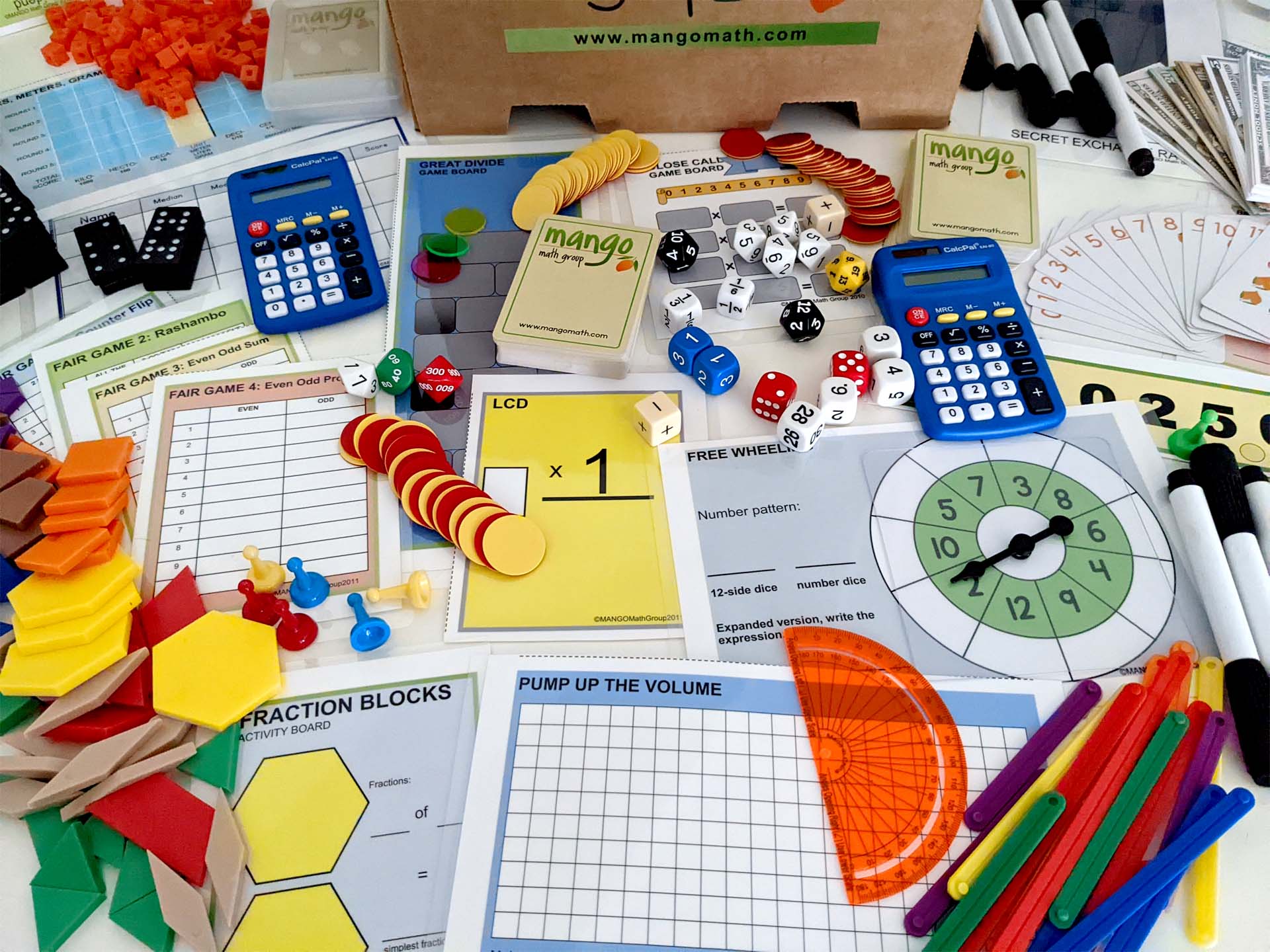 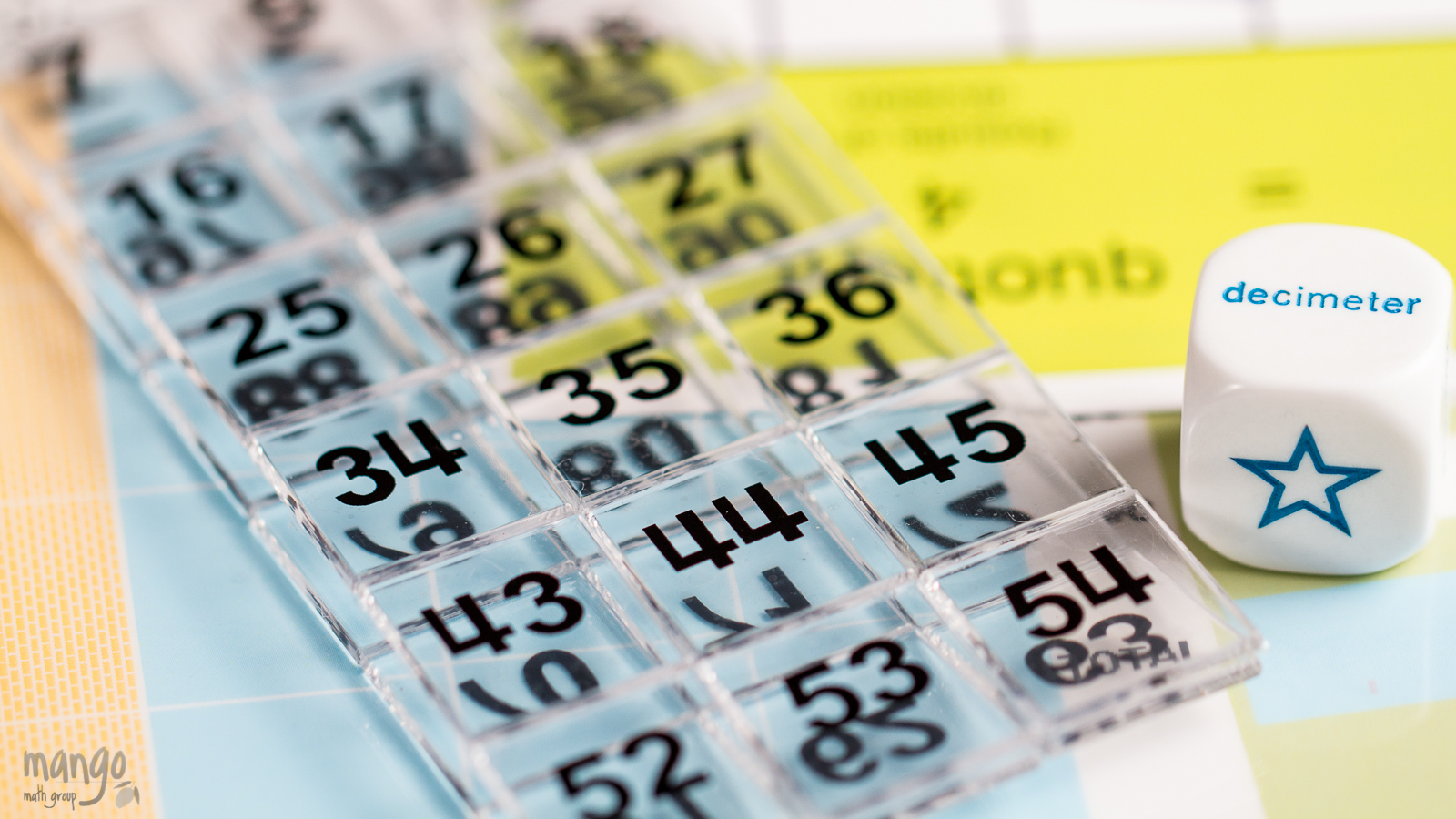 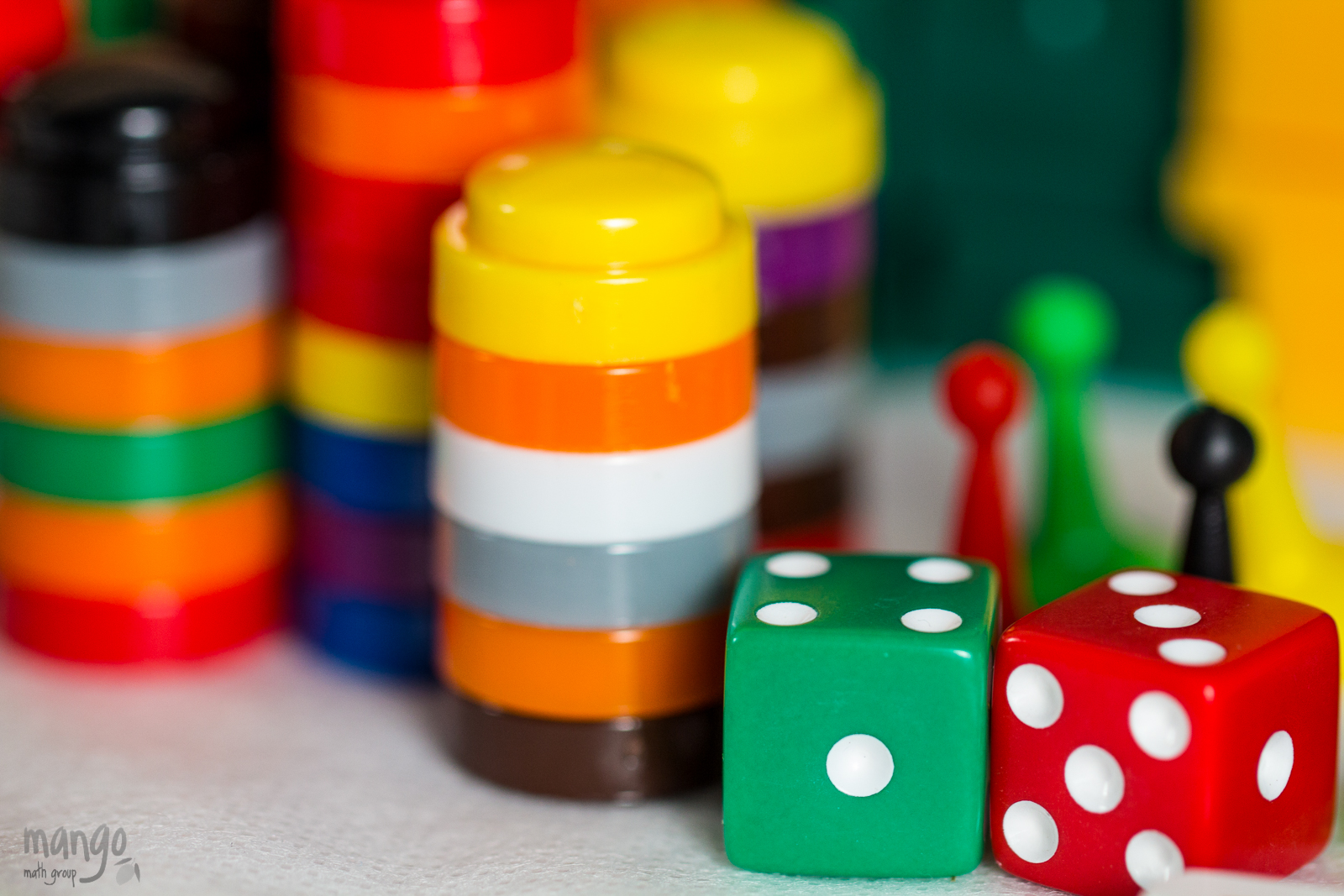 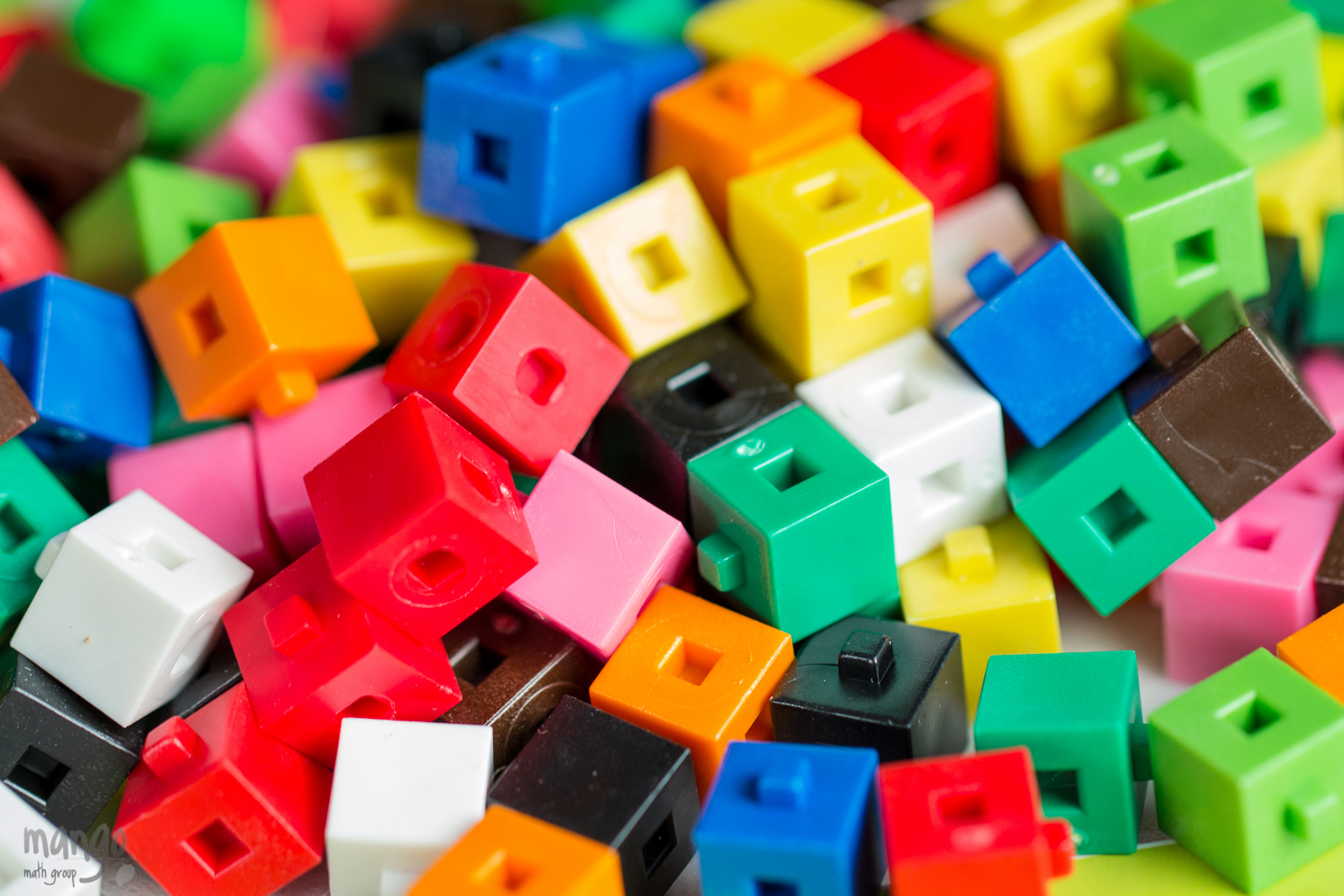 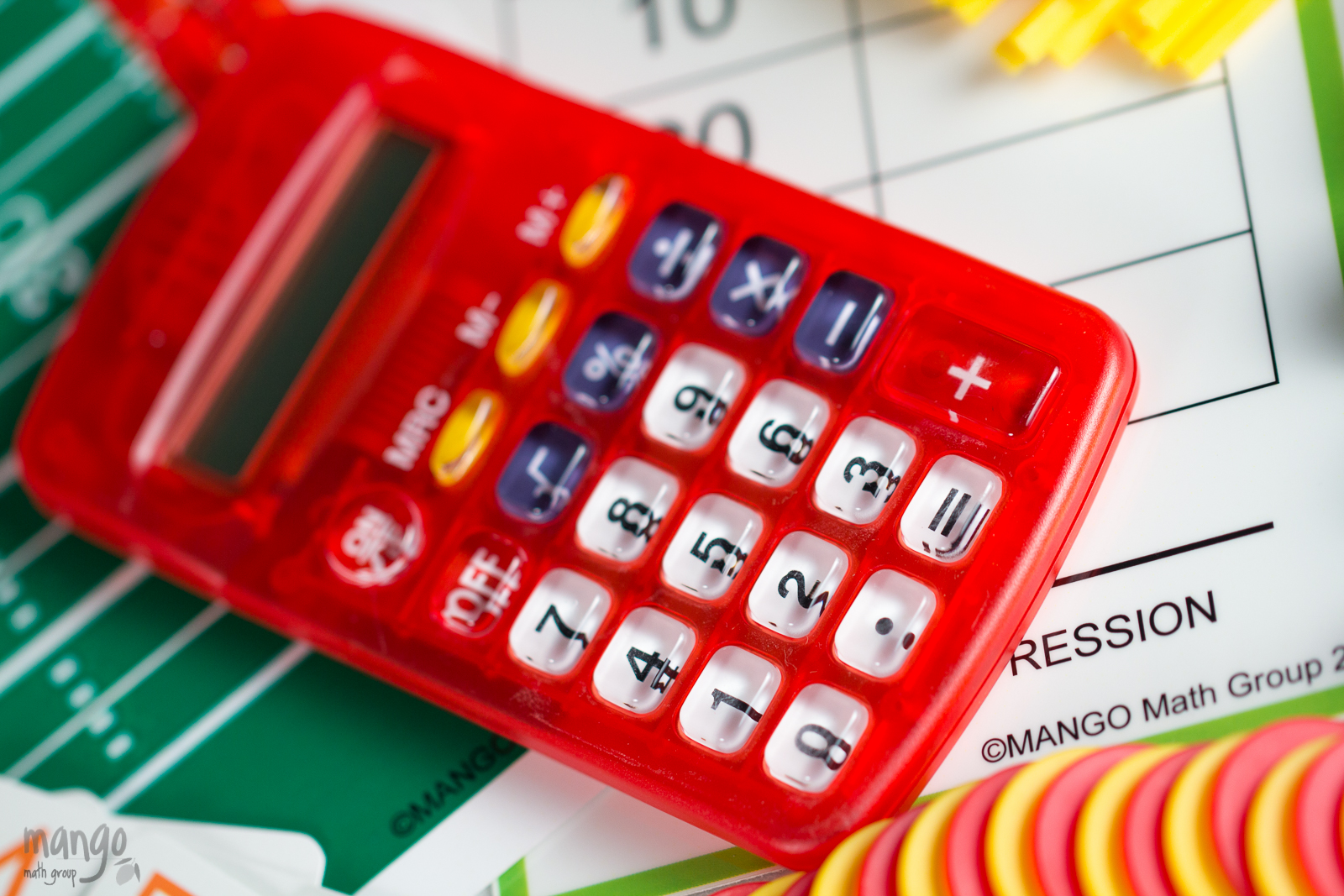 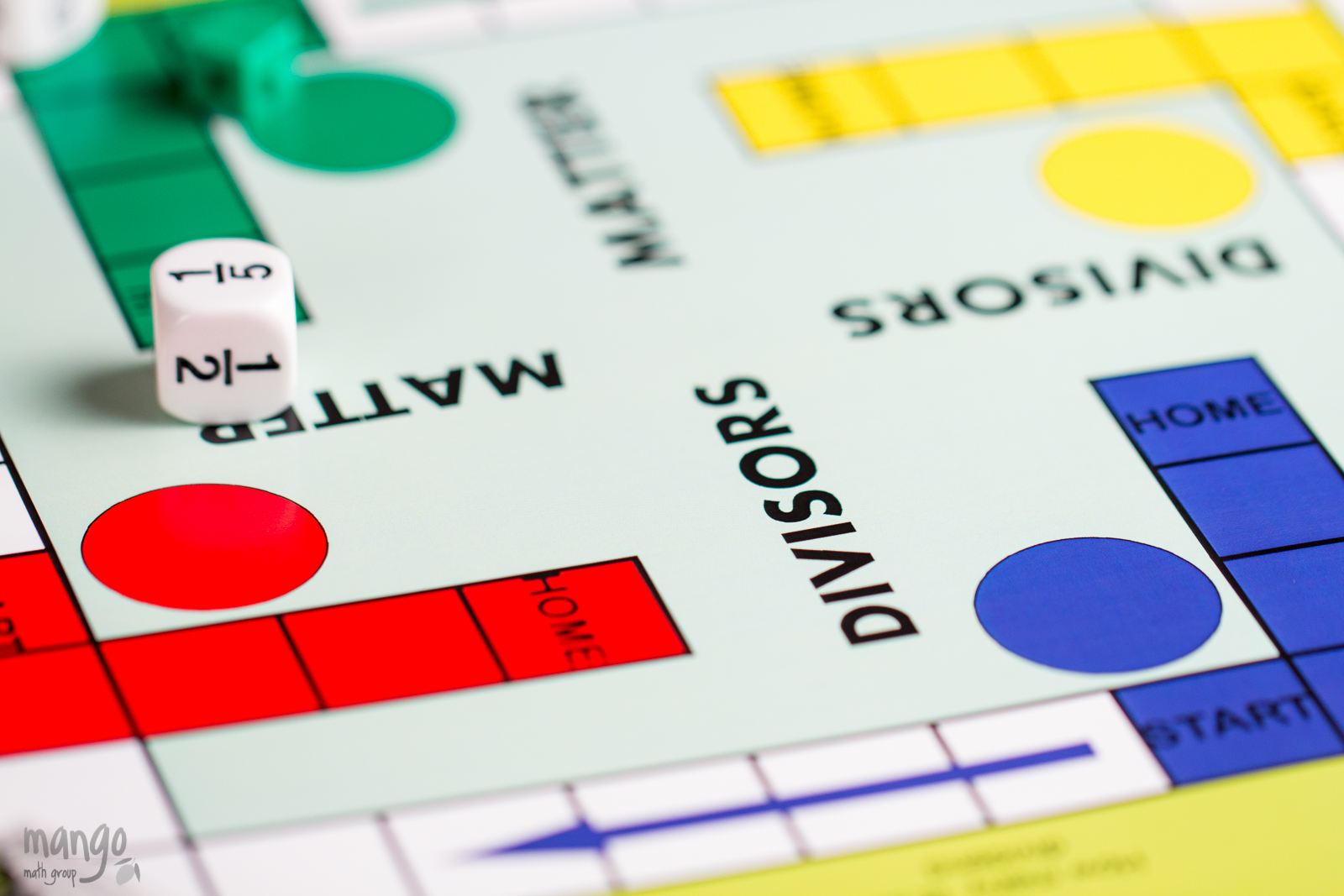 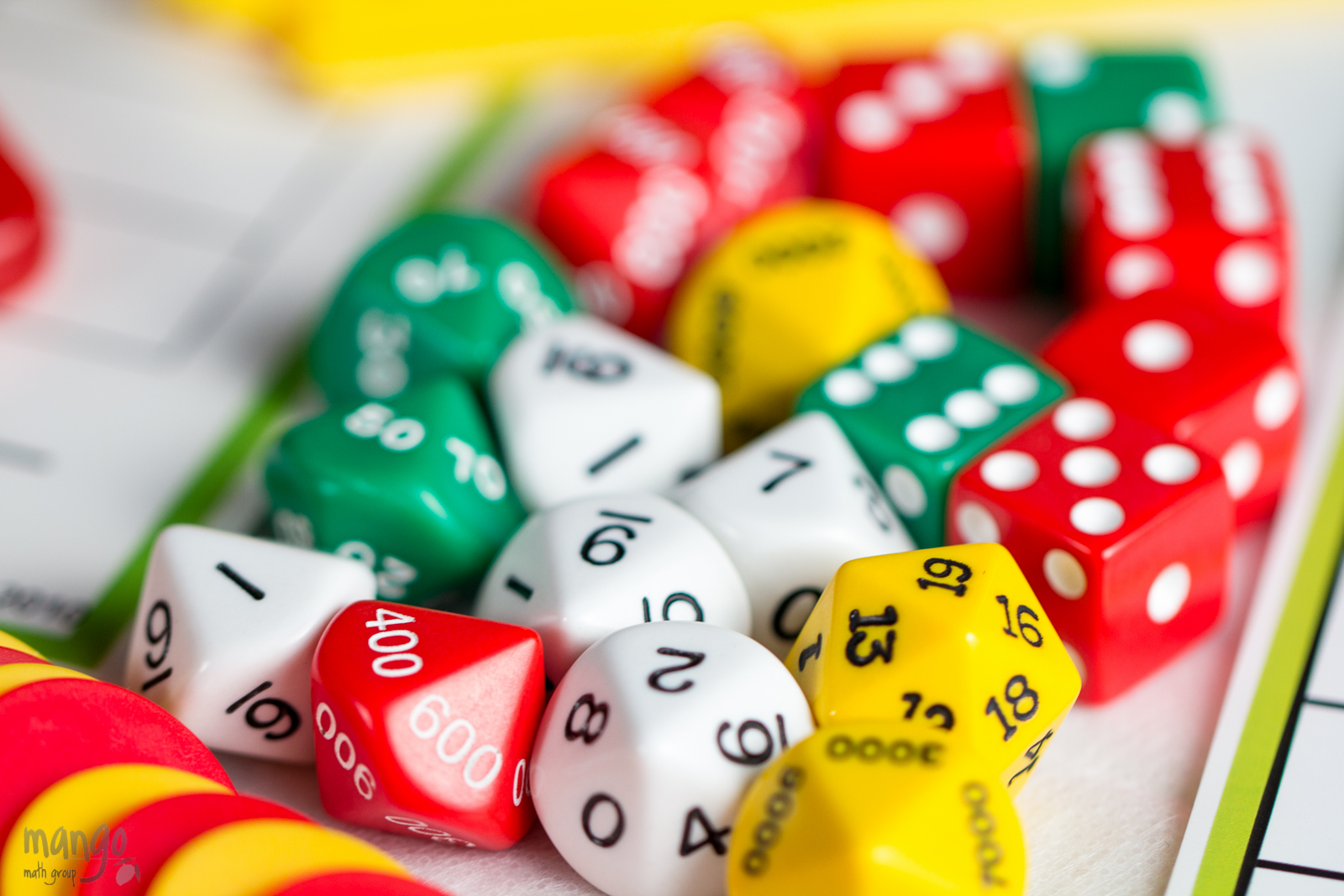 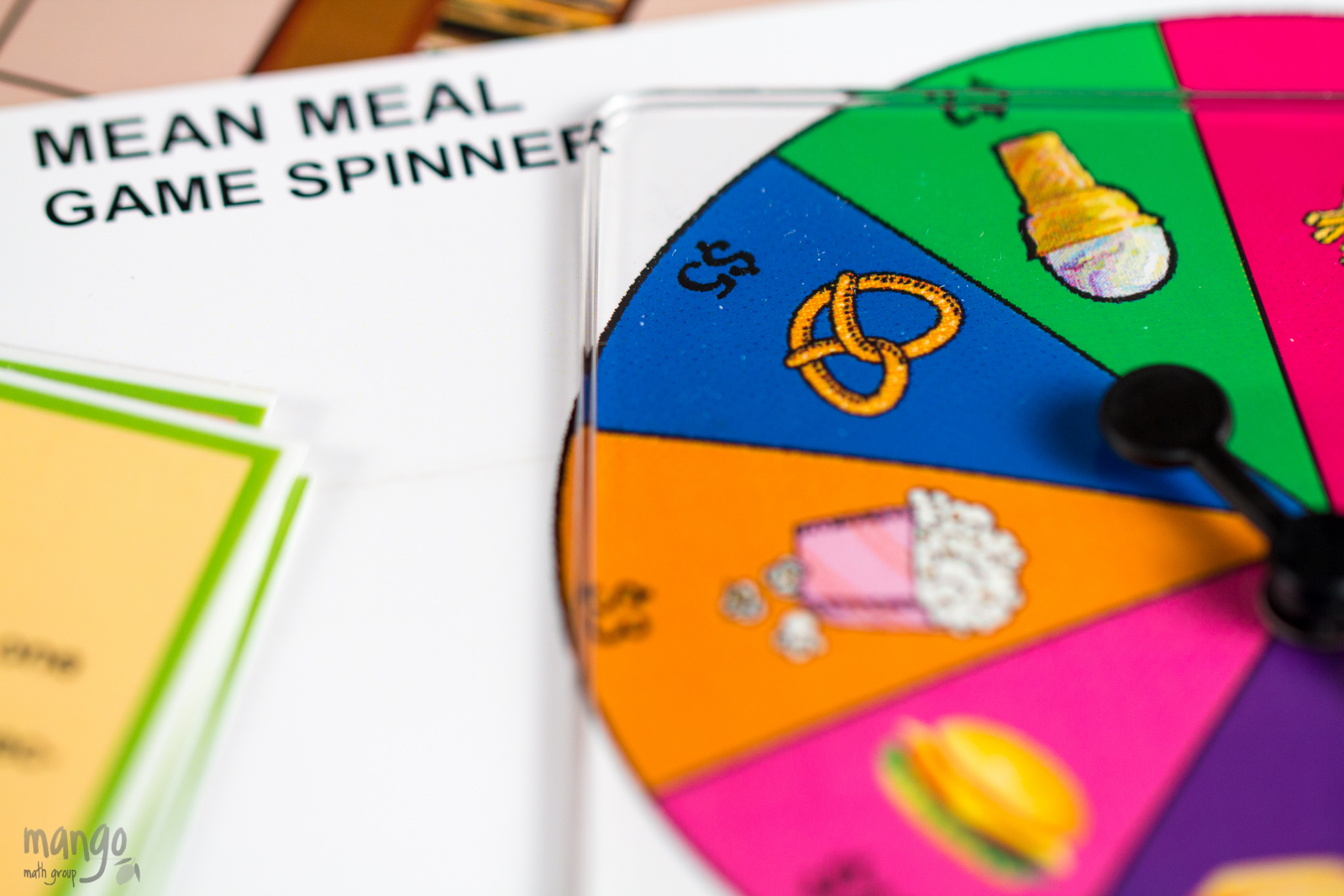 MANGO Math's Strong Evidence Based Kits come with individually packaged, Grab-n-Go lessons that include instructions and reusable materials, pre-packaged in a resealable pouch. These are contained in an easy-to-carry crate that can be used year after year.

Grade-level math kits, set up in math center format, can meet the needs of 30+ students at a time. Lessons within a kit can be used by up to 4 students.

Every lesson is based on a game or activity that fosters curiosity, discussion and growth, through cooperation, collaboration and creative thinking.

Be Rational - Number Sense/Fractions: Use place value understanding to round decimals to any place.

Ditto - Number Sense/Fractions: Replace given fractions with equivalent fractions in such a way as to produce an equivalent sum or difference of fractions.

Great Divide - Number Sense/Fractions:  Apply and extend understanding of multiplication to multiply a fraction or whole number by a fraction.

What Side are You On, Polygon - Geometry: Classify two-dimensional figures into categories based on properties.